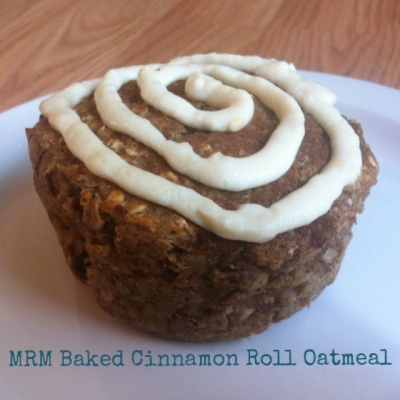 Who doesn't want a cinnamon roll for breakfast... this is the perfect high protein alternative!

Directions:
1.) Preheat oven to 375 degrees.
2.) Mix oatmeal ingredients stated above in a small bowl.
3.) Spray a small oven-safe dish, pour in mixture, sprinkle with a little more cinnamon and bake for 25-30 minutes. Enjoy your kitchen smelling of cinnamon!
4.) I always put my baked oatmeals on broil for a few minutes while watching carefully to get a crunchy top!
5.) Allow to cool for a few minutes and make topping. I placed into a ziplock bag, cut off tip, and swirled onto baked oatmeal but you could just frost with a knife!

U More Recipes By @cleaneatinmomma: